I can already hear the howls—accusing the writer of callous insensitivity. Let me hasten to say that what follows has absolutely nothing to do with the heart as the metaphorical seat of emotions; and also nothing to do with Alaska as a very, very cold place (whether literally or figuratively; I’ve been to Alaska and I can vouch that the people are terrific—but yes, it does get cold there).

No, this piece is about drawing an analogy that I came up with to explain (to myself) an apparent paradox. As the incidence of death from rusty, pointed spears and from wild beasts’ fangs has been steadily dropping over the centuries, death from other causes have been rising. These, of course, include cancer and cardiovascular disease; of the latter’s many forms, death by heart attack is the most common.

Heart attacks are caused by blockages (such as fatty plaque breaking up and causing a clot to form, stopping blood flow) in the coronary arteries. As every schoolchild knows, arteries supply blood from the heart to tissues everywhere in our body, and veins bring the oxygen-depleted blood from tissues to the heart (where it is then pumped to the lungs to be reoxygenated and then back to the heart a second time to complete the cycle).

So it would make sense that a blocked artery is bad news. But the paradox I had struggled to resolve is this: Why would the heart need arteries? 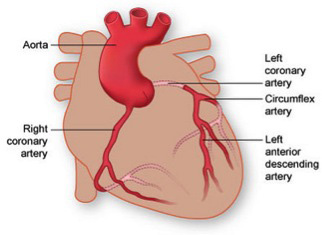 Fig. 1: The heart, the aorta (main artery supplying the body
with oxygenated blood) and the coronary arteries.

Isn’t the heart, like, Blood Central? I mean, all the blood in our body passes through the heart! Wouldn’t it just tap off a bit for its own needs as it goes through? Why does it need to “go through the procedures” like everyone else and have a card-carrying artery do the job?

It does because its function (as a pump) is different from its structure (as a muscle). Its function is to pump blood: atria to ventricles, ventricles to arteries, and back through veins; its structure is made up of muscle cells, organized into fibers, bundles, and so on. As a pump, it could in principle be pumping anything (blood, lymph, chocolate milk) regardless of what it’s made of; as a muscle, it needs to be supplied with oxygen and nutrients just like any tissue, regardless of what it actually does.

The ferrying of blood to tissue to oxygenate it and bring it nutrients is a very different type of job than the shuttling of blood between chambers and into tubes. Blood delivery to tissues is done through capillaries, tiny vessels in the micron range that force red blood cells through and allow oxygen exchange; blood pumping is done through fat pipes larger than your thumb. Those length scales are about as far apart as you get in any system in human physiology.

So it does make sense that there should be arteries carrying blood to feed the heart. (That’s kind of comforting, since that’s how it actually happens.) Well, how in the world is that anything like Alaska?

Alaska is the US’s fourth biggest source of domestic oil, after Texas and North Dakota and about on a par with California. Regardless of political inclinations on whether it should or should not be, and whether it should or should not become more so, the fact is that oil flows massively across Alaska through the Trans-Alaska Pipeline (from the North Shore on the Arctic to Valdez on Prince William Sound), and from Alaska to the continental U.S. Yet when I visited there a number of years ago I was shocked—the gas prices were steep! Even higher than California—not exactly a cheap-gas state. 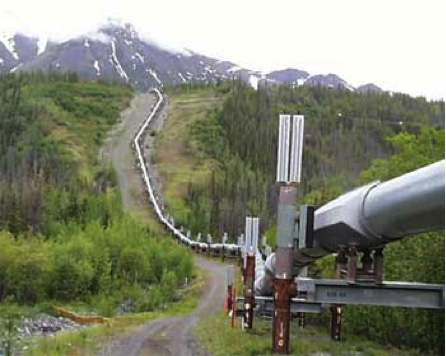 Fig. 2: Section of the Trans-Alaska Pipeline.

But oil isn’t gas(oline): it needs to be refined before it can be used. So the crude piped from the North Shore is refined into gasoline at various plants, and delivered across the state. The reason gas is not cheap there is that the cost of transporting oil, refining it, and distributing gasoline are about as high as, if not higher than, elsewhere (PDF here). You might think, as I once naively did, that Alaskans could just “tap off” a bit of the oil that runs fast and wide in the Trans-Alaska Pipeline for their own use; but it wouldn’t do them much good. It has to be refined first.

The same is with the heart. The heart muscle can’t live off of the abundance of blood running within itself, because it can’t do anything with it; it has to get the blood “refined” through the arteries and arterioles and capillaries in order to have it delivered to itself in usable form.

Both situations are a bit ironic, especially when things go wrong: in a heart attack, it is disarming to think that the patient suffers or dies because the heart muscle is starved of blood—when quarts of it keep pumping through just as the starved muscle dies.

At least in Alaska they have the oil dividend.

Why It’s Hard to Drive at Night After It Rains

Welcome to Giacomo’s Blog @ Kinetic River! In this blog space I plan to cover…