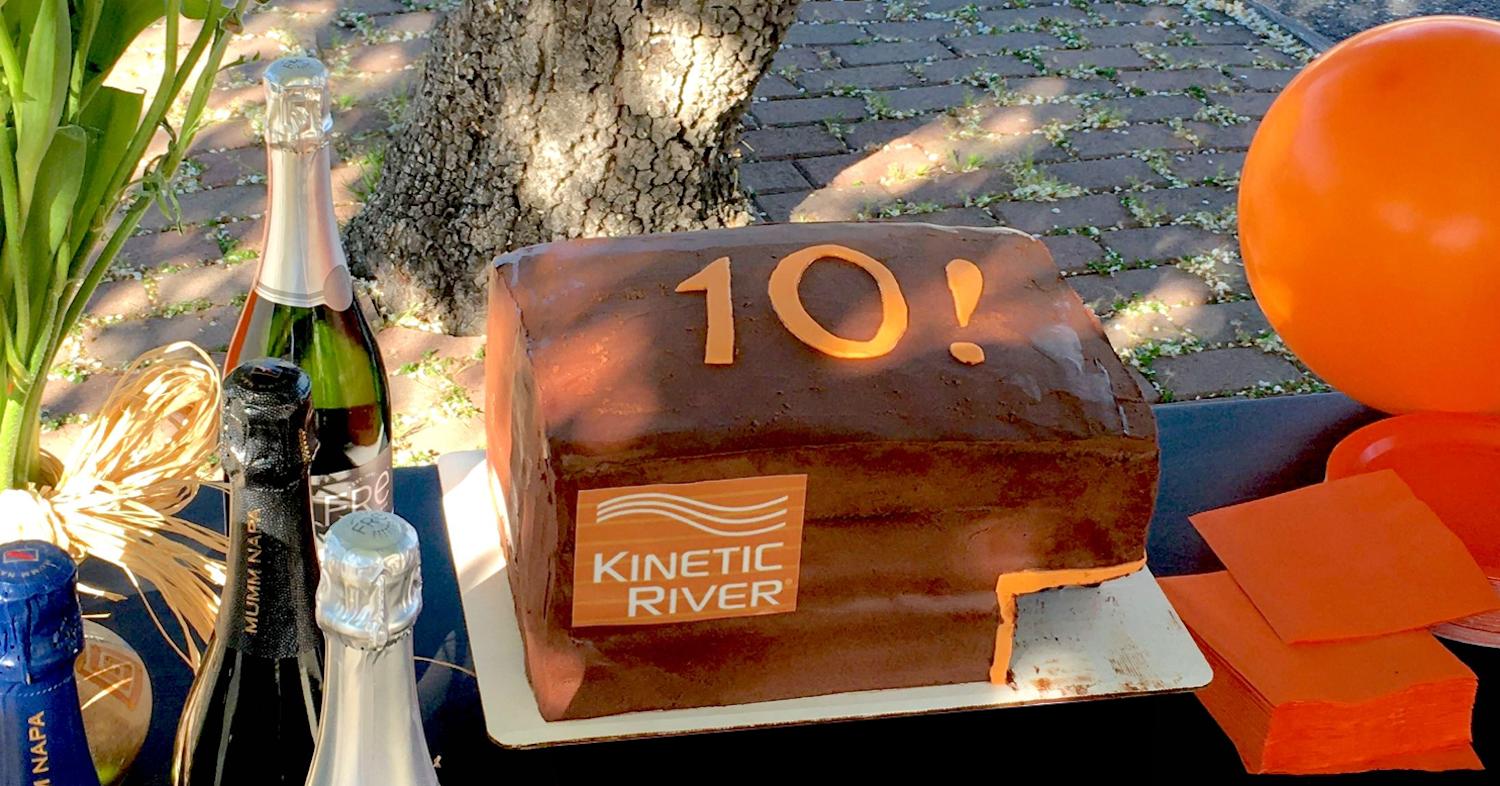 Kinetic River recently celebrated our 10th anniversary. It has been an incredible ten years—the company has grown significantly in that time and has much to be proud of. As we look back, we are humbled by the growth we have achieved and our impact in the field.

The company’s President and Founder, Dr. Giacomo Vacca, incorporated the business on February 23rd, 2010 and began operations out of his 150-sq. ft. home office in San Jose, California. It is in that original office that the company’s first instrument—the Danube fluorescence lifetime flow cytometer—was designed and built.

In 2014, Dr. Vacca moved into the current facility, subleasing a small space from Enlumen Technology. Shortly after, in 2015, Kinetic River bought Enlumen’s assets and expanded into the entire 600-sq.ft. space. Another highlight of 2015 is the development of the company’s first modular flow cytometer.

In 2017, Kinetic River was issued its first patent, laying the groundwork for a diverse and growing patent portfolio for the company. Kinetic River currently holds 9 issued patents (8 in the US and 1 in China) with several pending (see all patents issued to Dr. Vacca). The same year, the company received an NIH Phase I Small Business Innovative Research (SBIR) grant, providing the resources for Kinetic River to develop its Arno compensation-free flow cytometry platform. The following year, a second Phase I SBIR grant was awarded, enabling the development of the Tiber for label-free cancer cell detection by flow cytometry. In addition, in 2018, Kinetic River forged a partnership with Full Spectrum Scientific to provide sales and application support.

2019 was a year of monumental growth for Kinetic River. The company received two additional NIH SBIR grants—a Phase I SBIR to develop the Colorado technology for eliminating autofluorescence interference in flow cytometry, and a $1.5M Phase II to further develop and commercialize the Arno technology—for a total of >$2.1M in Federal funding. The company also expanded its office and laboratory space, doubling its size to 1200 sq. ft., and tripled its manpower, adding four additional personnel. The company also expanded its reach beyond the United States, establishing a partnership with E.M.C2 for sales, application and services support throughout Europe.

Kinetic River is very proud of the fact that all of our growth to date has been organic, with no investor funding. We have been able to achieve this due, in part, to an 800% growth revenue from 2014-2019.

We are looking forward to many more years of growth and success.

Fun Fact: All the flow cytometers developed by Kinetic River have one thing in common. Can you see the pattern? All the cytometers are named after rivers!

Tune into this podcast to hear Kinetic River Founder and President Dr. Giacomo Vacca chronicle his journey from Italy to Silicon Valley.

Our Founder and President spoke to colleagues during a talk titled “Nanoparticle Flow Cytometry.”